Shinto has no known founder or single sacred scripture. Shinto is wholly devoted to life in this world and emphasizes man’s essential goodness. Shinto is the indigenous faith of the Japanese people, and it is as old as Japan itself. Today it continues as Japan’s major religion alongside Buddhism and Christianity. The customs and values of Shinto are inseparable from those of Japanese culture. Here are the nine essential beliefs of Shinto Religion. 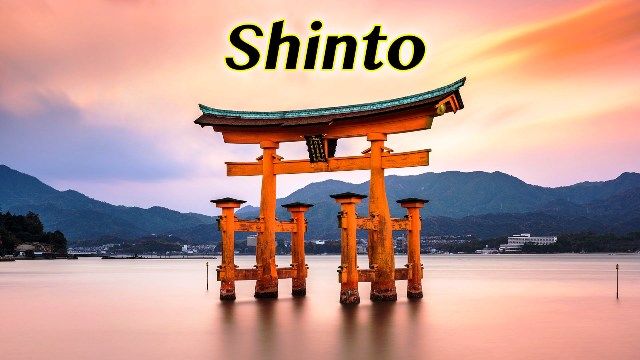 Shinto in actual means ‘the way of kami.’ Kami can be described as God or spirit. It is believed that everything and everyone in nature can have the spirit of the Kami and that everything is linked to each other and is not separated. It is believed that Kami can be found anywhere, but it exists more in the areas of natural beauty like mountains, waterfalls, etc. Shintos believe that the beauty, truth, goodness, and morality all are connected to each other and if life is lived in harmony with the natural world, then virtue is inseparable from life.

Makoto is an overall basis of this religion, and it means ‘sincerity‘. It has no rules or codes; it simply signifies the sincerity of the good heart. This concept in Shintoism is very important since it signifies that all the rules, order, commandments and regulations are consuming other religions, if the sincerity of good heart is not there, then all those acts are completely pointless. Because of this belief in Makoto, all the morals and ethics are united with the many other main religions of the world.

Shintoism does not believe in the concept of life after death; they believe that we should celebrate what we know and have right now. They believe that once a person dies, then he becomes an ancestral Kami. This is the main reason why many Shinto followers turn to Buddhism to give their beloved deceased one a Buddhist funeral service. Shinto followers consider death as an end of a good life instead of acknowledging it as a start of a new one. This belief is shown in an old Japan saying:

Before Buddhism, it was believed that all the people who went to the hellish underworld from where there is no escape for the soul but Buddhism introduced the idea of punishments and rewards according to the deeds of the person.

In Shintoism, Shrines are considered as shelters for the places of worship of Kami. These shrines can be any public building, a place of natural beauty such as sacred forests, waterfalls or mountains or they can also be small shrines set up in homes that are also as Kamidana. Public shrines often have a gate (Torii gate) to separate the cared place and the common space. The public shrines have both priests and priestesses.

Humans are considered to be a part of the natural realm, which is sacred. It is believed that pollution occurs due to some of the normal acts such as contact with the things that may threaten life, like death, disease or blood. But this is unavoidable, and hence it constitutes no sin. Pollution can be washed away regularly through the act of purification, and hence one’s purpose in life should be to maintain the pure and natural state of existence. 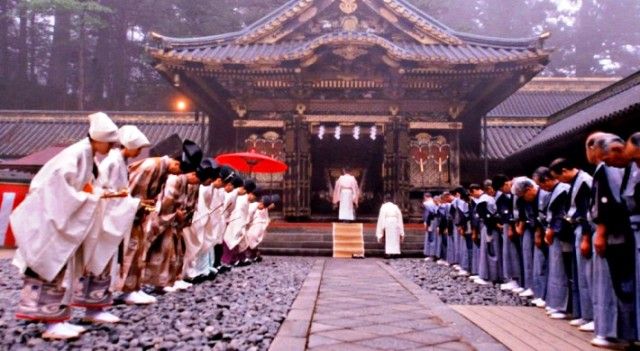 In Shinto, the things that come closest to the western notion of evil are pollution and impurity, and the solution of these problems is considered through rituals of purification. Shintoist followers do not regard suffering as a form of punishment for human behavior.

Shinto gods and goddesses are believed to be equally gentle and loving or awesome and terrifying.

There are total seven gods in Shintoism, and they are believed to represent good luck –

(i) Jurojin – God of strength or resolution

In Shintoism, it is believed that any person can visit a shrine and he does not need not be a Shinto to do this. There are few steps to follow –

(i) One should approach the Torii and should bow respectfully before entering the Shrine.

(ii) If the hand washing basin is provided there, then one must first wash his left hand, his right hand and finally rinse his mouth and he must not spit back into the water supply. If possible, then he should wash his feet also.

(iii) One should then approach the shrine, if there is the bell hanging there, then one may ring these bells before the prayers, if there is some box of donations then he can give the donation according to him and then there is some sequence of claps and a couple of bows.

Misogi is a practice of purification that is done by either regular practitioners or sometimes by lay practitioners. This ritual is done by the immersion in cold water while one is reciting prayers. To precede this ritual, there is a defined set of prayers and activities. Normally, the practice of Misogi is performed at a shrine, in a natural setting, but this ritual can also be done anywhere where there is clean running water. Most preferred places for the practice of Misogi are believed to be rivers and waterfalls since their water is clean and running.