Buddhism was established in about 500 BC. Buddhism began with a prince called Siddhartha Gautama. The Buddha was, after all, called the “Enlightened One“. He taught that the way to eliminate suffering began with understanding the true nature of the world. Buddhism is a religion and dharma that includes a variety of traditions, beliefs and spiritual practices largely based on teachings attributed to the Buddha. Here are the major 8 Beliefs of Buddhism Religion. 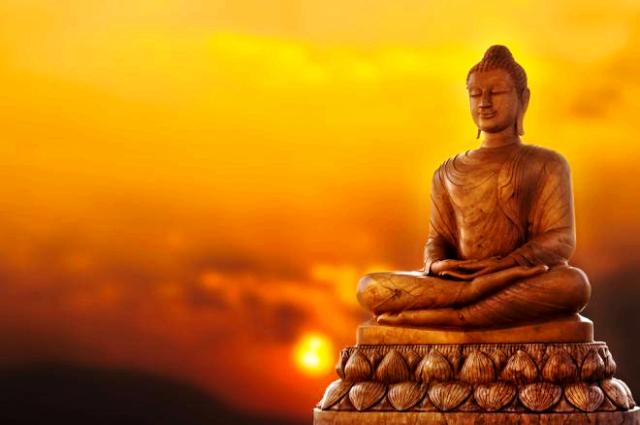 (i) Dukka: Everyone experiences unsatisfaction and sufferings in this Universe and no one is alone there.

(ii) Samudaya: Desire and attachments are the main causes of these unsatisfactions and sufferings.

(iii) Nirodha: But these suffering and unsatisfactions always come to an end.

(iv) Magga: This end can be achieved by journeying on the noble eightfold path.

(i) Right Understanding
One can achieve the right understanding by seeing the things as they truly are without any delusions. One can develop wisdom by knowing how things actually work and by knowing oneself and others.

(ii)  Right Thinking
One should decide to set a life on the correct path. One should take the wholehearted resolution and dedicate himself to overcome the self-centered craving through the development of kindness, empathy, and compassion.

(iii) Right Speech
One should always stay away from lies and deceptions, backstabbing, and abusive speech instead he should cultivate honesty and truthfulness and should practice speech that is kind and loving. One should let his words reflect his desire to help and not harm others.

(iv) Right Conduct
One should practice self-less conduct that reflects the highest priority of the life that one would want to live. The conduct should be peaceful, honest and pure showing compassion for all beings.

(v) Right Livelihood
One should earn his living by an honest method that does not harm living beings. One should never be in an occupation that opposes or distracts him from his true path.

(vi) Right Effort
One should learn to keep a balance between the spiritual path and the moderate life. He should work to develop more wholesome mind states whilst still living more fully.

(vii) Right Mindfulness
One should be aware of all the states in the body, feeling, and mind.

He should be always careful about his thoughts, speech, and action and he should try to rid his mind of self-centered thoughts that separate and replace them with those that bind all beings together.

(viii) Right Concentration
One should practice deep meditation to lead himself to a higher state of enlightenment. One should develop an emptiness in himself that has the room to embrace and love all the things that he is surrounded with.

(i) A precept to refrain from destroying or harming any living creature.

(iii) A precept to refrain oneself from any sexual misconduct.

(iv) A precept to refrain oneself from an incorrect speech.

(v) A precept to refrain oneself from the intake of any intoxicants. 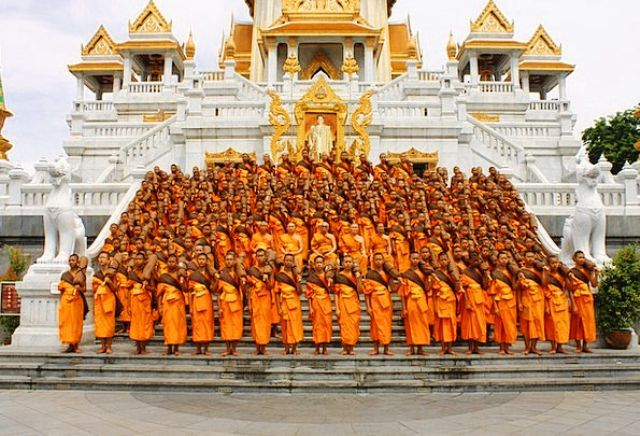 (i) Sila – It means virtue, good conduct, and morality. All the living beings should be treated equally and one should always treat others the same way as they wish to be treated by them.

(ii) Samadhi – Developing one’s mind is the path to wisdom and it leads them to personal freedom. The mental development also strengthens and controls one’s mind.

(iii) Prajna – Prajna signifies profound knowledge, before knowledge or root knowledge. This is the main heart of Buddhism religion.

5. Belief in God is not important for enlightenment

Buddhism is so different from other religions that some people question whether it is even a religion or not. The main belief of Buddism is that believing in gods is not useful for those who are seeking for enlightenment. Instead of teaching Buddhas the doctrines to be memorized and believed, they are taught how to realize the truth for yourself. The main focus oh Buddhism is on practice rather than on belief.

It is believed that wisdom and compassion are the two eyes of Buddhism.  One should always carry love towards all the living beings without any discrimination and love that is free of any selfish attachment. He should be always willing to bear the pain of others and it is believed that those who have perfected these virtues will always respond to all circumstances correctly.

According to Buddhism, after a person dies either he is reborn with the same soul but a different body or his soul will achieve Nirvana. Nirvana is the final liberation of a soul from the never-ending cycle of death and rebirth. In Buddhism Nirvana is described as a place where there is starvation or need for anything, where there is no discrimination and where there is no attachment to external things. But still, Nirvana is not exactly thought of as a heaven in Buddhism.